It's always so sweet when it gets to happen.

Years ago I'd sold Bucky to a great home.  When the family moved and downsized, they very kindly reached out and gave him back to us.  We loved having him home and made sure he was loved and cared for until he was ready to let go.

This time, a fella that didn't ever belong to me or my family was offered to us.  I'd known him as a young horse and even lightly started him as a 3-year-old colt.  He belonged to my heart sister, a very dear friend who was very bonded and attached to him.  Life happened and it was the best thing for her to eventually sell him.  My uncle has a very soft spot for buckskins so we met in Brooks and the sale was made.  13 years later, Jesse was offered back to us by said uncle. 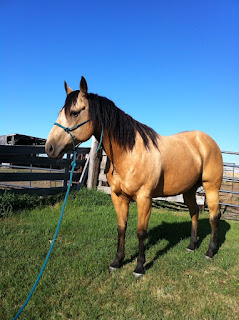 Unfortunately my heart sister has moved to Ontario but I knew her boy needed to come home to us and that it was going to light her heart for her to know he came home.  I didn't tell her, oh but I really wanted to!!!  I didn't tell her until he was landed on the farm.  I took pictures right away and posted as soon as I got home and tagged her. Taking his leadrope, he felt just like an old friend.  Jesse is 17 this May. 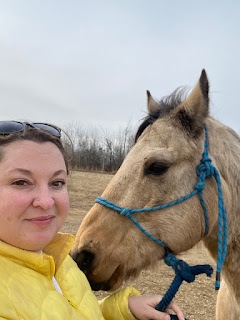 We'll give him some time to settle in.  He was rather alarmed by the idea of being beside MINIS (you know they might eat his legs...) but he'd also come off an 8-hour drive.  My uncle likes team roping but unfortunately for them both, Jesse is afraid of cows. 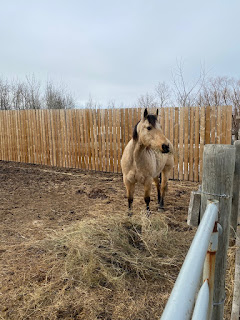 I think we'll give him a round of ulcer meds, give him some time to adapt and relax and then spend some time getting to know each other again.  We'll find out what he might be interested in.  Perhaps he might have a lot of fun jumping!  Who knows!

Welcome home Jesse Zan Par Barr. It's interesting to have a Quarter Horse on the property again, but it's sure nice to have a buckskin again.

Thanks for stopping by and happy horseing.

Posted by Standards Equine at 10:36 AM

Standards Equine
My passions include dressage, trick-horse training and young horses. I'm a huge fan of good, logical information and love teaching equine first-aid courses. My goal in this crazy equine adventure is to go as far as I can, have as much fun as I can and bring my favorite people along for the ride!

This is What We Do! 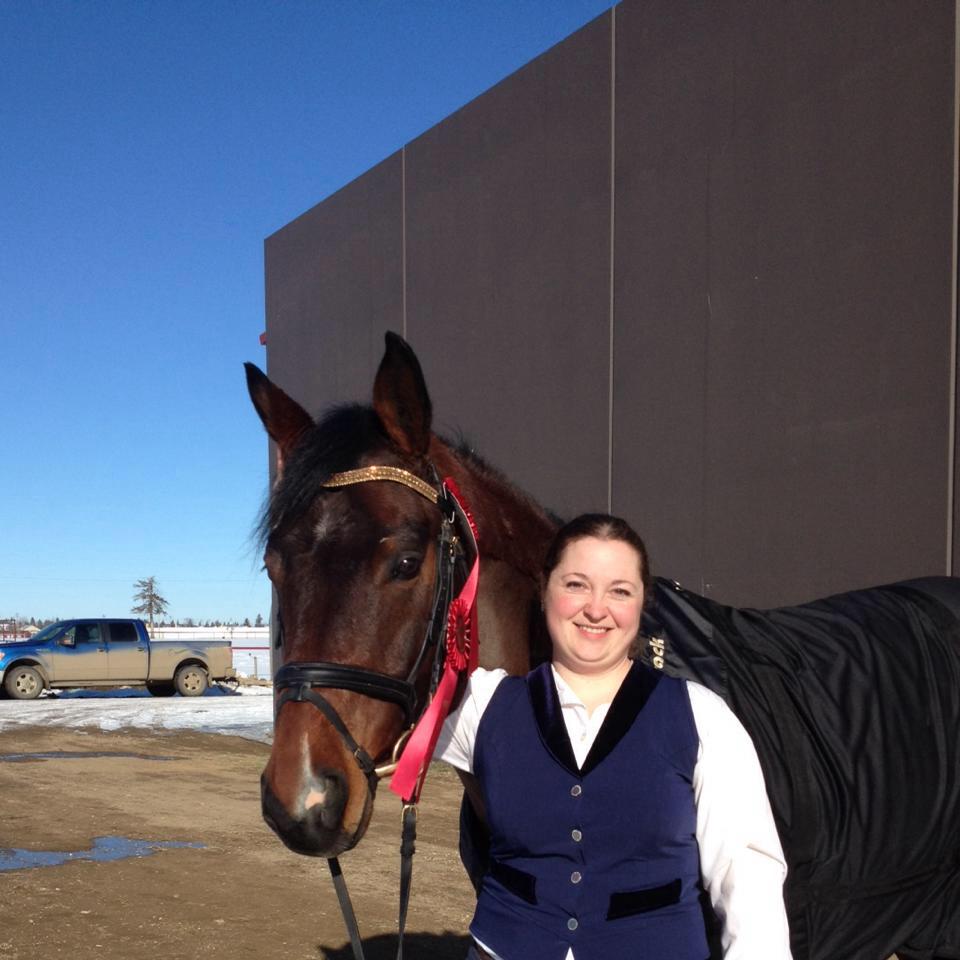